Elbow Joint Replacement, also referred to as Total Elbow Arthroplasty is an operative procedure to treat the symptoms of arthritis that have not responded to non-surgical treatments. 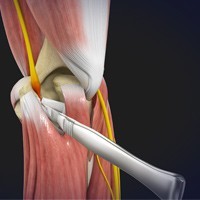 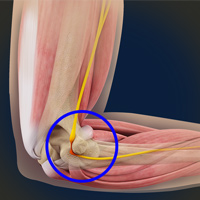 The ulnar nerve is one of the 3 main nerves in the arm that travels down from the neck through a bony protuberance inside the elbow (medial epicondyle), under the muscles of the forearm and down the hand on the side of the palm, towards the little finger.

Tennis elbow, also known as lateral epicondylitis, is a condition characterized by elbow pain due to overuse or overstretching of the elbow. The pain is caused from damage to the tendons that join the forearm muscles to the elbow.

The elbow is a complex joint of the upper limb formed by the articulation of the long bone of the upper arm or humerus and the two bones of the forearm, namely, radius and ulna.